“Music videos mean freedom, cause there are no rules whatsoever”

Discover Jurors and Prizes of the Music Video discipline by clicking on your European Area: Blue, Yellow or Green, depending on which country you live in.

MArteLabel Prize
500 € for the realization of a music video for MArteLabel artist.

Prizes and jurors per area 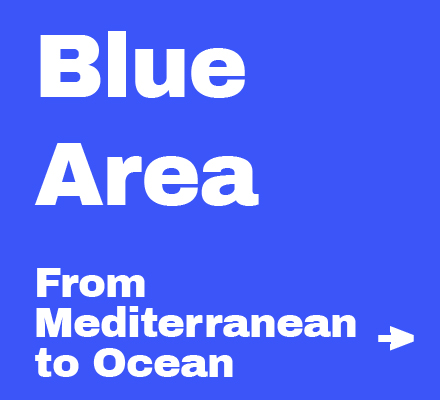 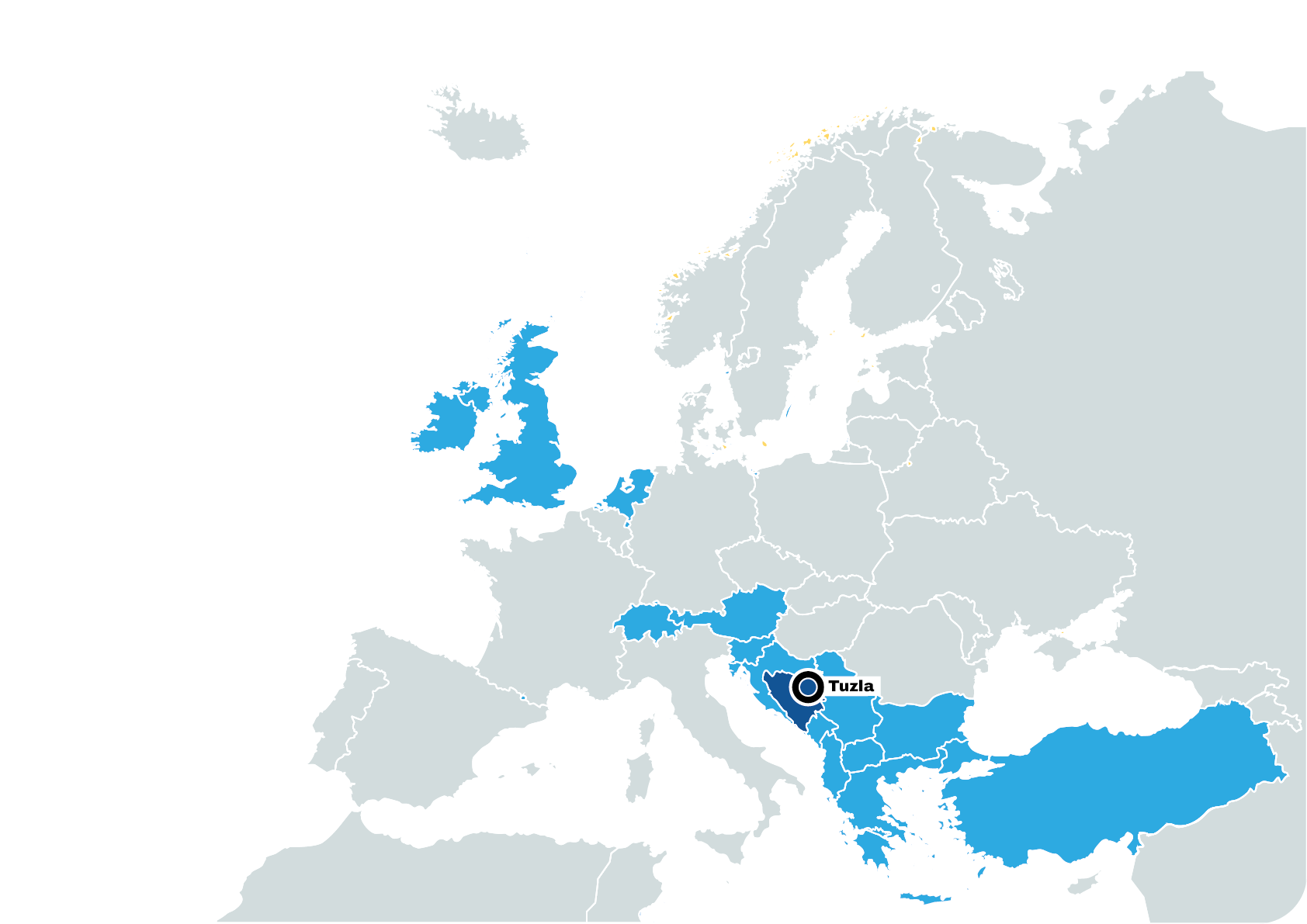 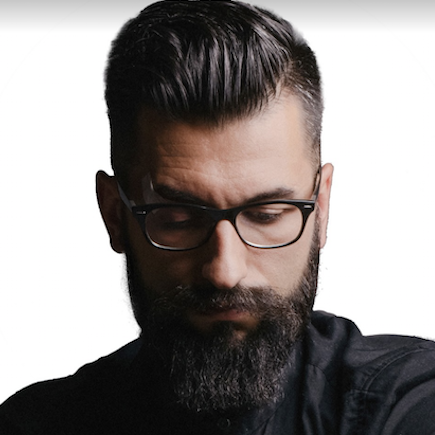 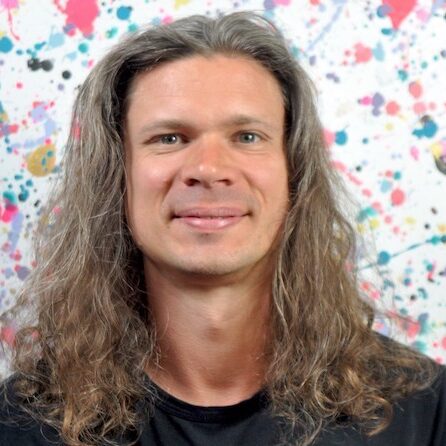 Sam Woodcock is a London based editor and colourist working on music videos, features and commercials that has watched and graded hundreds of short films. Sam has worked on both documentaries and dramas as well as being a huge film nerd in his spare time. 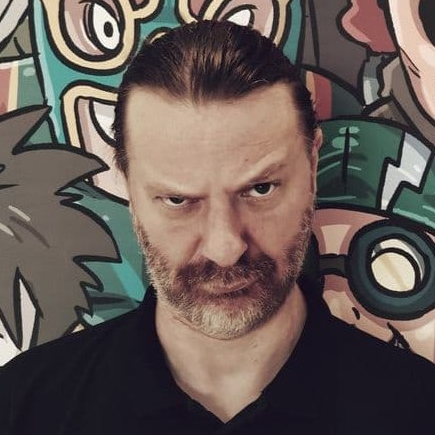 Zoran Markovic Zonjo is a film director from Montenegro. He is well known for his art collective "The Books of Knige", in which they combine multimedia contents, based on satire which dissect relevant social aspects. 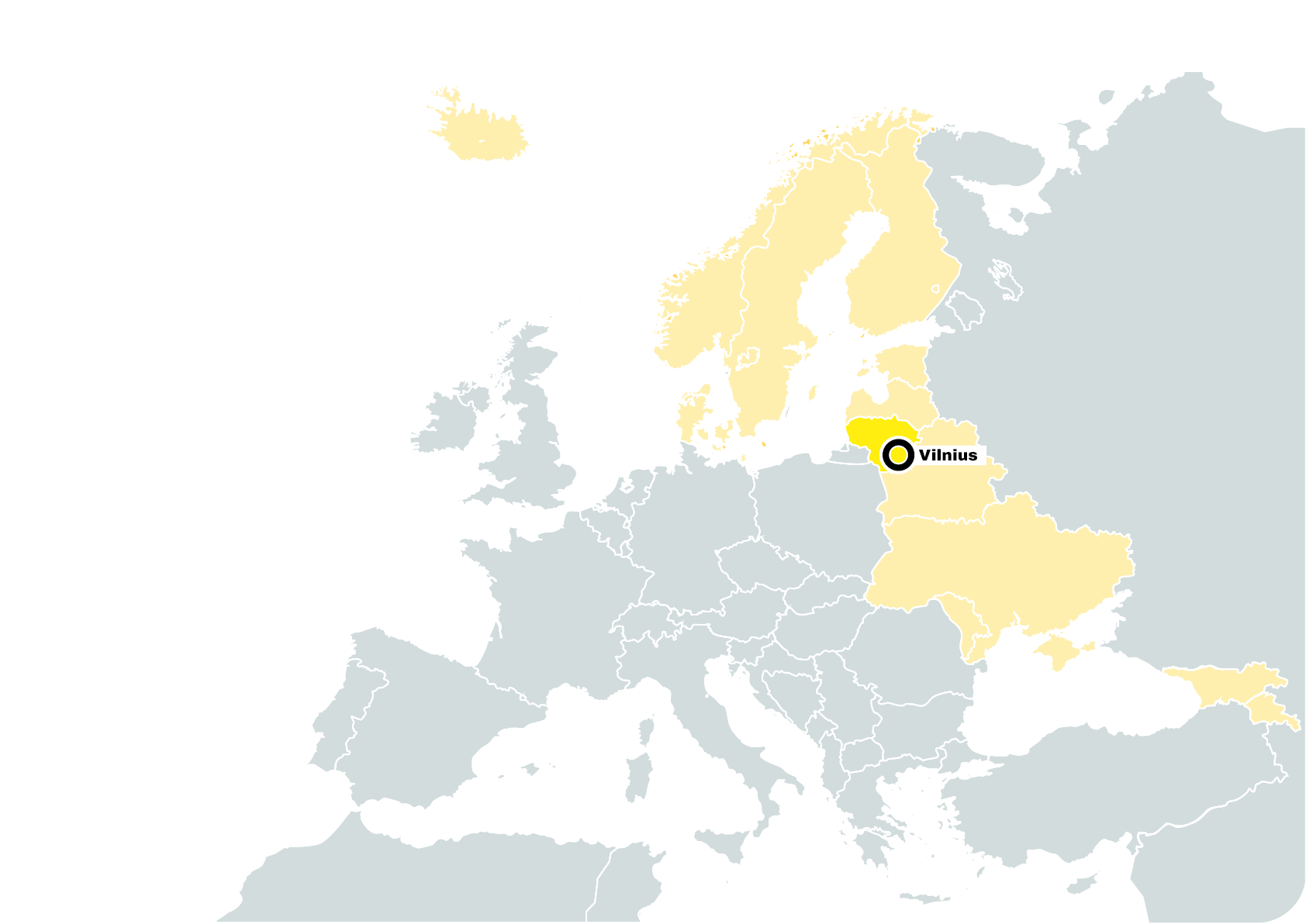 As one of the leading music journalists in Lithuania, Ramūnas Zilnys has been covering music releases and events for more than 20 years. He‘s currently working as Head of Popular Music for Lithuania‘s national broadcaster LRT (Lithuanian Radio and Television), also hosting radio shows, events and writing about music for LRT.lt website.

Titas Sūdžius came to the world of images from skateboard culture. As a teenager, he started making skate films based on musical editing. These documentaries eventually led to much more complex music videos. Titas is known for directing short subway films, music videos and commercials. His clips have won awards at the KlipVid competition organized by the Lithuanian National Television and received recognition at international film festivals accross the world. Titas works are valued for their elaborate visual language and metaphorical easthetic.

Lauras Lučiūnas is one of the veterans of Lithuanian music scene. His company CREATIVE INDUSTRIES specializes in international music projects and manages such bands and artists as Jazzu,The Roop, Vidas Bareikis, Alina Orlova and Gabrielė Vilkickytė among others. Lauras Lučiūnas was one of the founders of Vilnius Music Week – a forerunner of Whats Next in Music?, a showcase festival and music industry conference happening annually since 2012 and aiming to support the growth of professionalism and exports of the local music industry. He was also the producer of Lithuanian Eurovision Song Contest, other TV shows and a lot of national events and concerts. Lauras works as a consultant with different non-governmental institutions and programs for youth and children. He is also a lecturer at various universities. 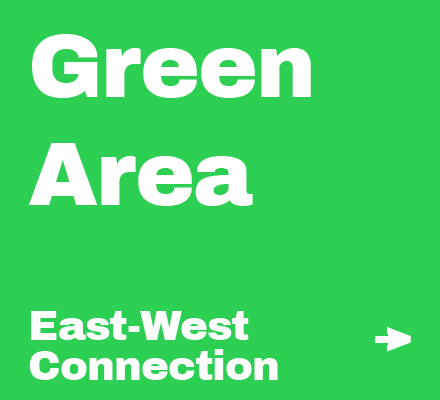 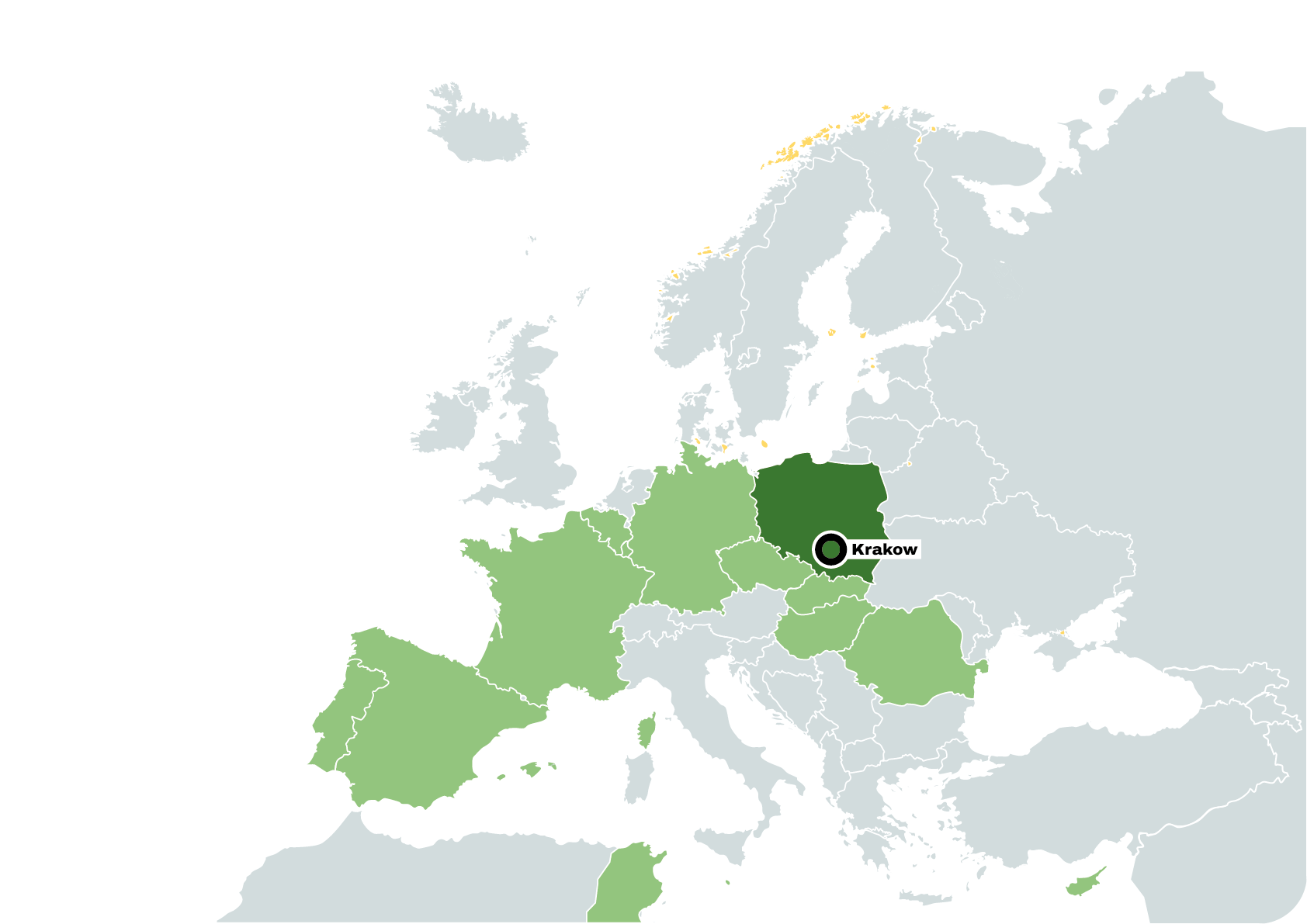 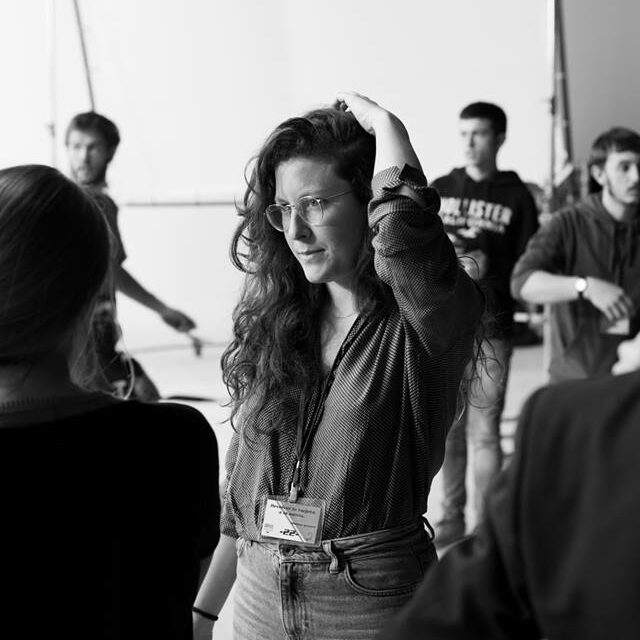 Joana Colomar is a professor of Videoclip at the University of Vic - Universitat Central de Catalunya, Spain.
Graduate in Audiovisual Communication at the Universitat Politècnica de Valencia, she completed her studies between Lisbon and the Universitat Pompeu Fabra in Barcelona, where she began her career in the world of advertising as a casting director.
Her first music video, Follow Me for Maïa Vidal, was nominated for the Best International Pop Music Video at the UK Music Video Awards in 2012 (alongside MIA, Lana del Rey and Justice) and for the Best Young Directors Award in Cannes, France.
Since then, she has worked in Spain as an advertising director for production companies such as Mamma Team, CANADA, Brownie or The Production Club and brands such as Decathlon, Bitter Kas, El Corte Inglés, Volkswagen, and many more. 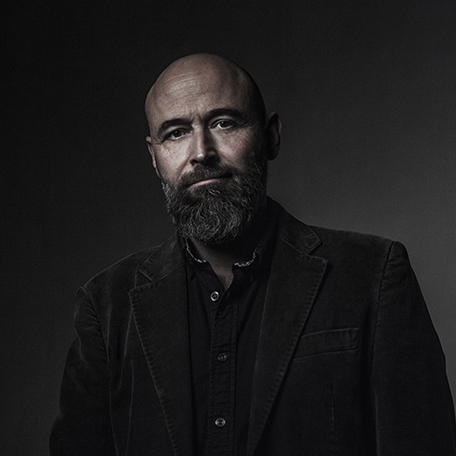 Konrad Kucz has been a relevant personality in the ambient music scene for 30 years.
As a composer, he creates popular series and film music, publishing on majors like BMG Music, Warner Music, Paris Music, Jazzboy, and Requiem Records.
Konrad Kucz has been touring for 15 years, framing his music with visual arts (video, slides, scenography).
The album of his band Futro was nominated for the European MTV Awards and the national Fryderyk award.
Tireless explorer, he is inspired by a wide spectrum of musical areas, including folk, industrial, electronic rock, classic, club and contemporary music, where he collaborated with the outstanding Polish composer Pawel Mykietyn for the Nemezis project. 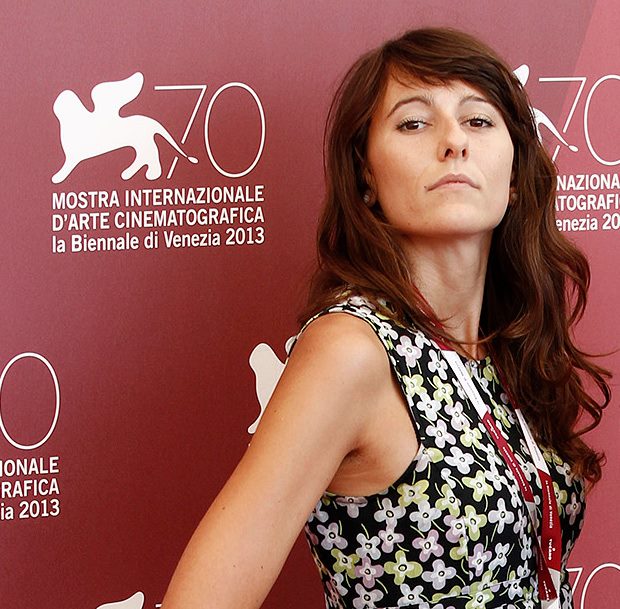 Diana Corati has worked for Rai (main Italian TV Broadcaster) for over 10 years as a director, videomaker, reporter and correspondent. She worked in many TV programmes such as Report, Agorà, Mi manda Rai 3.
In the last  three years, she has been producing travel documentaries for the programme Kilimanjaro, where she works as director, author and video maker.
She’s also been producing several video promos for the web including Sold Out - Radio 2 programme, where she has collaborated with singers such as Malika Ayane, different theatre companies and important Italian brands such as Lancia.
In the meantime, she teaches filming techniques at the Rome Academy of Fine Arts and at Sapienza University. 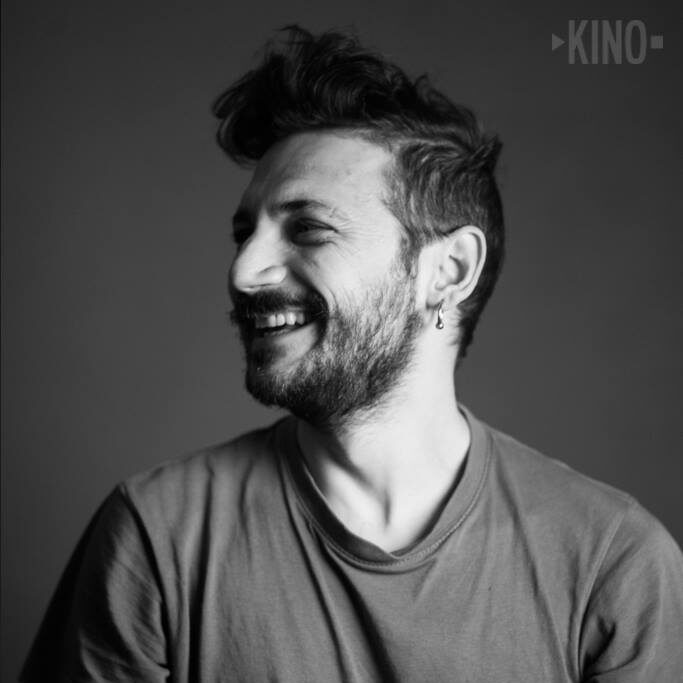 Peppe Cammarata is an author, director and producer.
Since 2005, he has been directing the Sicilian festival VolcanoFilmFestival and has been the organiser of the first edition of the Across the Vision Film Festival in Cagliari. He is also founder and member of the board of directors of The KiNO, an international cinema project (Rome-Berlin).
As a director, he has shot short films, documentaries, commercials, video clips, and has participated in several exhibitions with his works of video art.
With Videoinflussi, his production company, he has produced several award-winning documentaries and short films that have won awards all over the world (Be Water, My Friend, Nìguri and Pan evo_Mrtav Grad by Antonio Martino, formerly awarded the Ilaria Alpi award) and more than 30 video clips including Ma che discorsi by by Daniele Silvestri, winner of the PIV and Seduction by Marlene Kuntz directed by Francesco Amato.
He is the author of programmes for productions such as Endemol Shine Italy, Ambra Banijay Italia, Fascino pgt, Stand by me, Mediaset, Discovery.